I was born on Halloween, in Stillwater, Minnesota (a double Scorpio). My mother was an artist, and my father was also very artistic, so it seemed natural that I was brought up expecting to be an artist. Music was a natural part of my young life-the radio was exciting back then. But, I never connected what I was hearing with my first guitar, a Mickey Mouse guitar.
Music was just there, then gone... magic.
Some time later, after my parents had died, I heard Eric Clapton. WBZ, in Boston, played "Disraeli Gears" the first night that it was released, all the way through. The TONE captured me, like "sirens sweetly singing..."
I got my first "real" guitar (an Epiphone) and found someone to help me start to learn.
Eric Clapton, and Mike Bloomfield led me to BB King, and Freddie King, which led me to Chalie Christian and Wes Montgomery ... all hugely influential in my development as a guitar player.
In my high school yearbook my senior year, under "aspirations," I said that I wanted to be a "wandering minstral" ... as a joke, kind of ...? Many years later, here I am.
Take what I offer you on whatever level you choose ... as an avid student of life, I draw from many levels as I express myself. 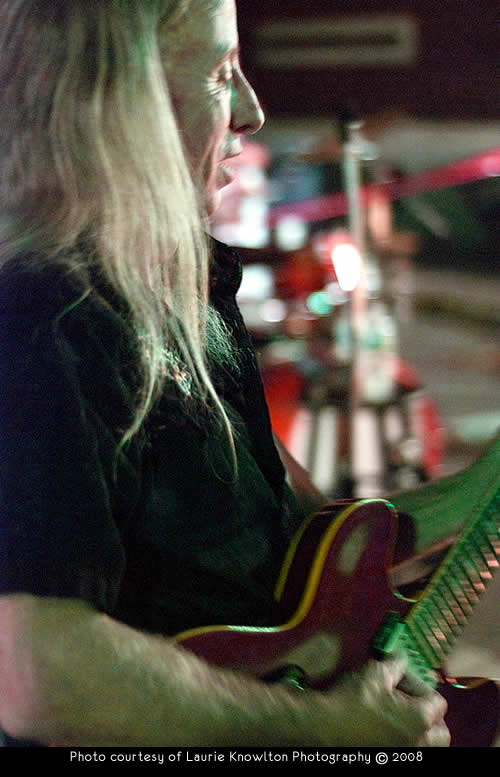